Kern Solar CarPorT™ is a premium solar structure that surpasses expectations. Our solar carport is built exclusively with strong structural steel to endure any sort of wind conditions your installation site may deal with. It accepts all major solar panels, which means there won’t be fitting problems regardless of the specifications of panel you decide on using. Our Solar SpeedRax™ shared rail system ensures a sturdier solar carport system and permits a solid build with fewer fasteners. Fewer small parts means fewer repairs and a cleaner design. A clean design with a grounded cable management allows for an aesthetically pleasing carport combined with a powerful frame made from long-lasting material.

END_OF_DOCUMENT_TOKEN_TO_BE_REPLACED

The Double Cantilever CarPorT™ is the standard for covering large areas. It is ideal for maximizing your solar presence and looks great while doing it. The Double Cantilever solar carport covers two rows of parking spaces at the same time and can be scaled to fit any size lot due to its modular design. The solar panels can be oriented so the incline faces either direction to best fit the site’s location according to the sun. 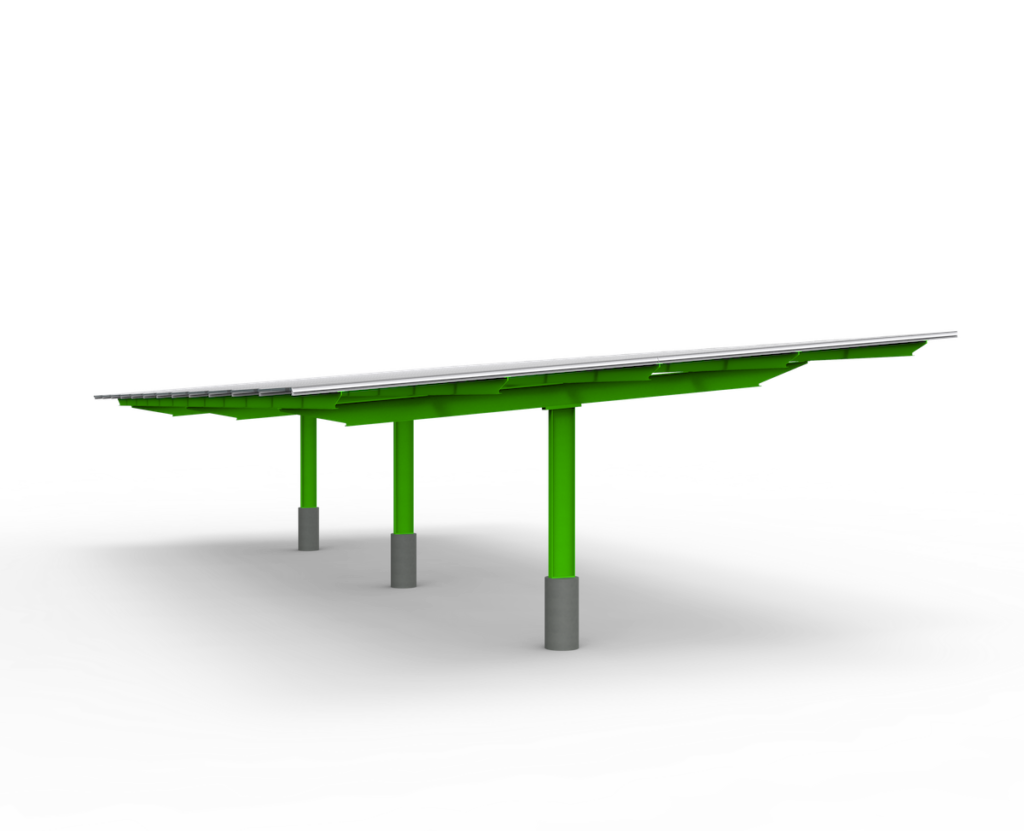 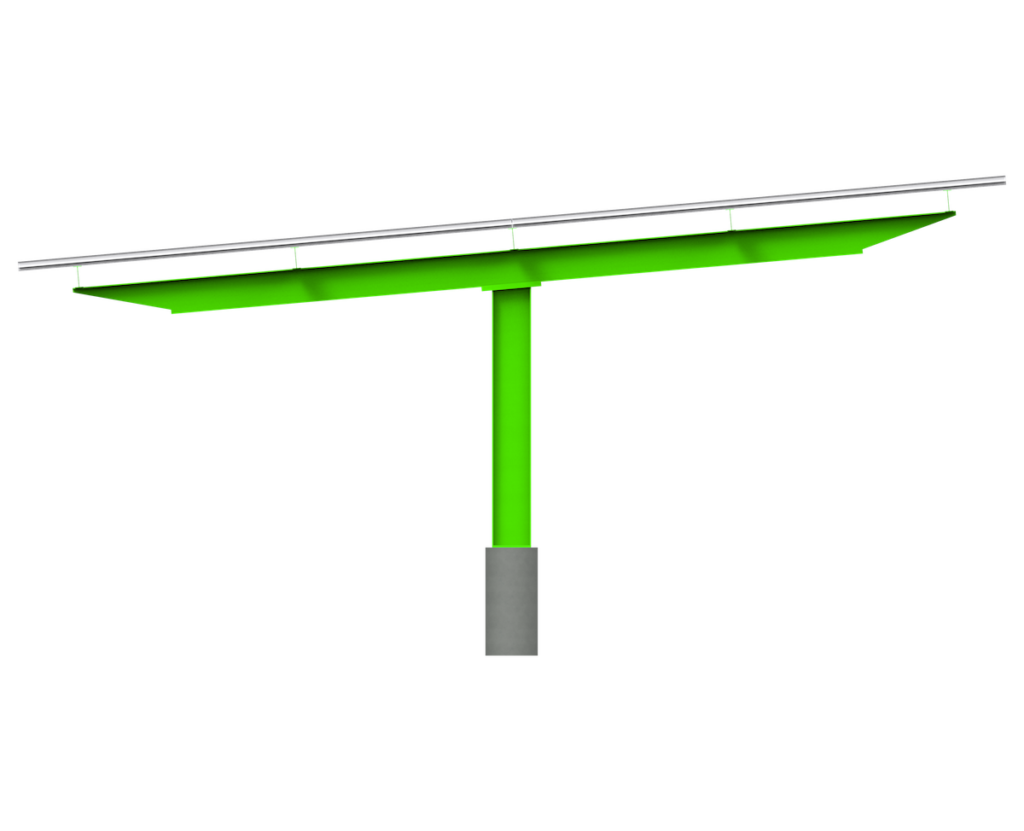 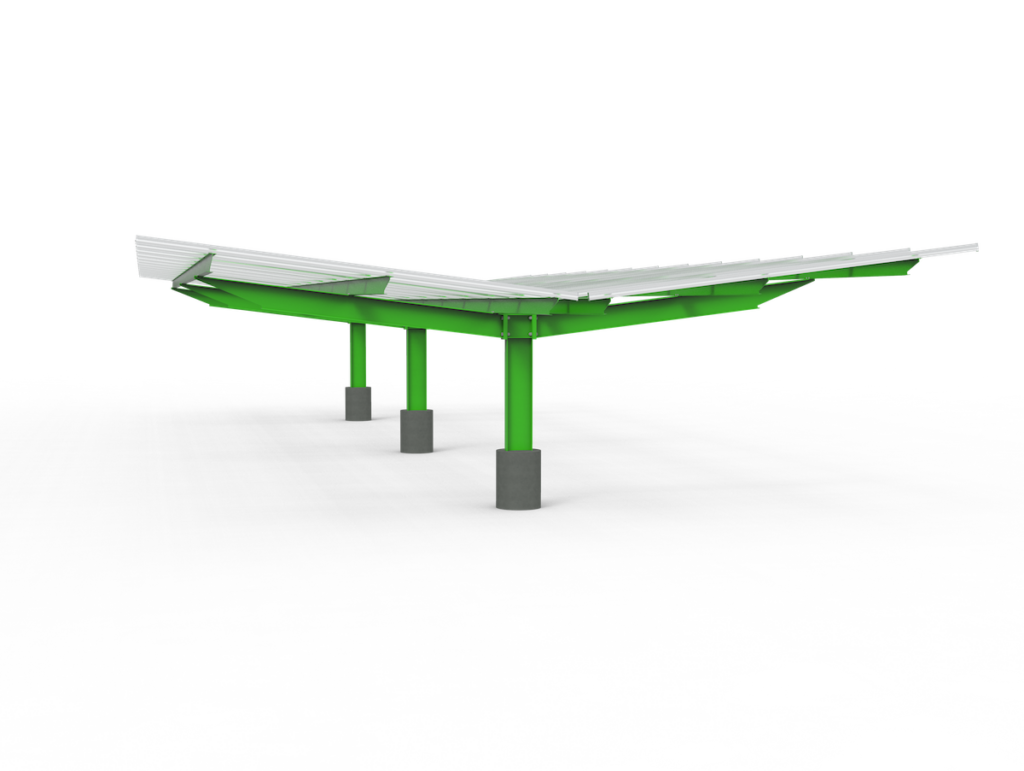 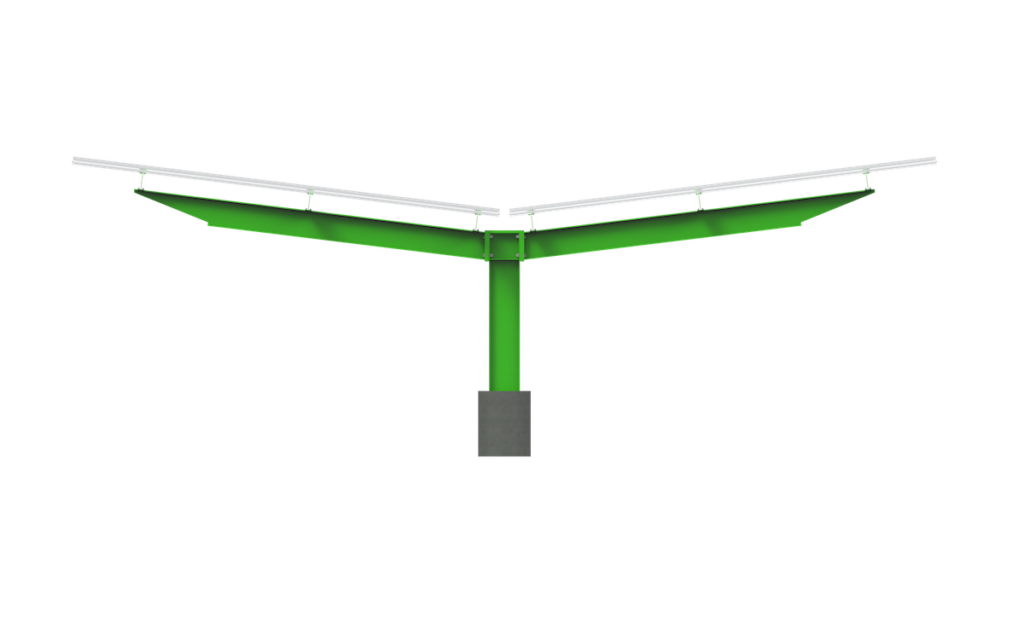 The Single Cantilever CarPorT™ is an ideal solar carport choice for cites that are limited in space. It is best utilized when shading a single row of parking spaces in a confined area such as residential complexes or restaurants. The Single Cantilever solar carport design is available in two orientations that can be chosen from depending on site location and orientation in order to maximize the productivity of your PV Modules. It is easily scalable and can fit any locations needs. 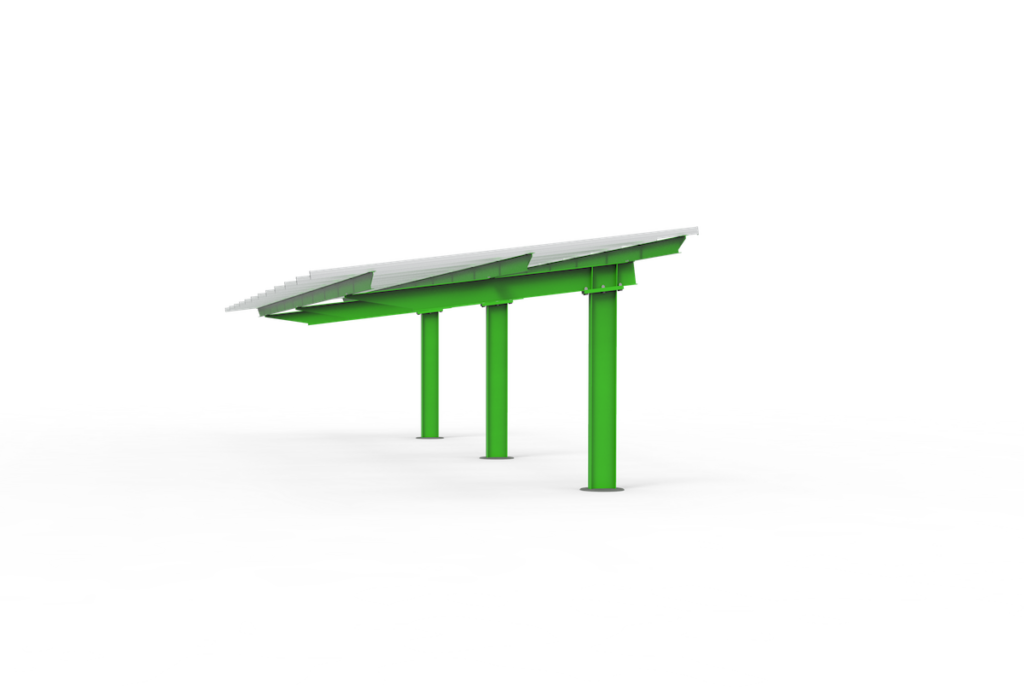 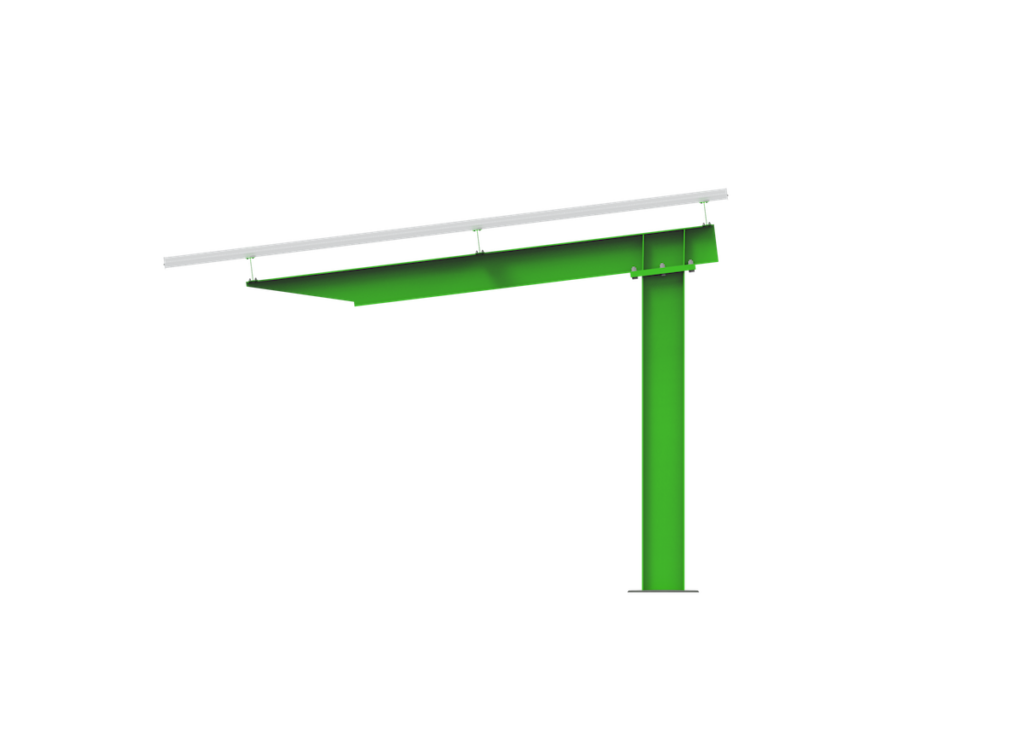 A Solar Carport 100% Manufactured Using Power From The Sun

We only use solid steel in our solar carports. We don’t incorporate light-weight purlins or thin gauge metals, resulting in a more durable solar carport that won’t get easily damaged. 12% less steel by weight, and 25% fewer structural components.

As Fast as 3-Day Installation

We understand that you have a business to run and need a quick installation, our solar caports are installed in a timely fashion with very little impact to operations.

The light-weight aluminum rail makes installation of our solar carports a breeze. PV panels are installed from underneath to ensure no damage is caused during installation.. END_OF_DOCUMENT_TOKEN_TO_BE_REPLACED

An all-steel construction using fewer components results in an immaculate design. Grounding and cable management integrated in the solar structure is for aesthetic purposes.

The solar carport installer sees value through reduced installation costs while the asset owner realizes an immediate return on their investment by minimizing the impact on their operations and reaching their power production objectives more efficiently.

The Immaculate Heart of Mary project uniquely showcases the variety and customizability of the CarPorT™ structure itself. This site features a double cantilever CarPorT™ with tapering girders. The look provides a more streamlined appearance that can be applied in a multitude of different scenarios further increasing the available aesthetic options that can be applied to […]

END_OF_DOCUMENT_TOKEN_TO_BE_REPLACED

This is a solar canopy project that examplifies The CarPorT™ structure. We installed The CarPorT™at Los Molcajetes in Bakersfield, CA which is a standard down tilt single cantilever carport. It has 4 columns that support the structure and features a galvanized structure. This project shows how a CarPorT™ and roof mount can be combined to […]